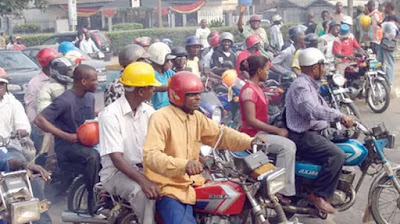 Due to the spate of kidnapping in Taraba, the Caretaker Chairman of Takum Local Government Council in the state, Shiban Tikari has restricted the movement of motorcycles in the council area.
The council caretaker banned motorcycle operators from operating beyond 7 pm in order to check kidnapping and armedrobbery in the area.
According to Shiban, armed robbery and kidnapping for ransom using motorcycles have become daily affair in the local government.
The local government caretaker while speaking at a press briefing in Jalingo said activities of armed robbers and kidnappers informed the decision to restrict motorcycles' movement.
According to Punch, Shiban lamented that in some cases those kidnapped and ransom paid ended up being killed by their abductors.
He said, “I want to appeal to all patriotic and peace loving people of Takum LGA including those from the neighbouring communities where these criminality is taking place to be more vigilant and help us and the security agencies with intelligence to check the menace.
“Security is our collective responsibility and is high time we all stood up and take positive steps towards tackling the security challenges in our dear local government.
“All perpetrators of these criminal acts are hereby advised to repent and desist from their criminal acts as the arm of the law will catch up with them if they fail to heed.”

However, the local government authority praised the efforts of the Taraba and Benue State governors, in ending trans-border crimes. He also warned against politicizing the issue of insecurity in the area.