Gov. Ishaku : Time not to stay away 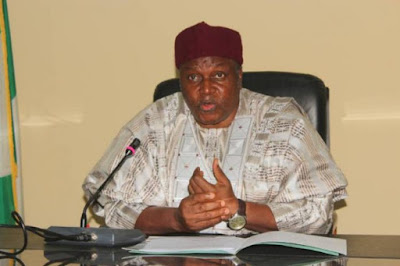 Benue State Governor, Samuel Ortom has cut short his leave to return and join hands with major stakeholders to address the ongoing crisis in some border and other communities of his state, Governor Darius Ishaku should learn to do same immediately.
Governor Darius Ishaku had travelled oversea for vacation with his family members and key political allies leaving the state amidst daily violence kidnapping for ransom; ethnic crisis in Wukari which claimed hundreds of lives and the State University forcefully closed by members of Academic Staff Union of universities, ASUU.
It’s a big surprise that while his state is literary on fire, the Governor  is nowhere to be found at the front of addressing these problems.
In the last few weeks, kidnappers had abducted more than a hundred people in Taraba State only few capable of paying heavy ransom are released. They have resurfaced again in Jalingo with residents living in fears.
Security of the lives and property of Tarabans must be taken serious by Ishaku’s government.
The governor should stop pointing accusing fingers at the Federal Government from the comfort of his bed oversea, its time he identify with the people, share their pains and take responsibility because he is the chief security of our dear state.

Governor Ishaku should come and tackle these issues he had left unattended to,  currently as it stands governance is at stand still in Taraba state and the student of the State owned university are worst hit.
The governor should be disturbed that he is missing in action and has not lived to expectations of many people who voted him into office.