THE HEAVY PRICE OF PEACE. WITH TIVS 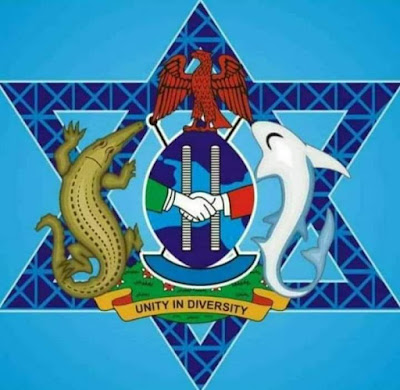 As uneasy calm begins to settle around Wukari with a heavy cloud of uncertainty still hanging precariously in the horizon in what clearly would have been an avoidable calamity, many narratives need to be put in proper perspective to enlighten individuals who may need help to understand what is actually going on.

It is noteworthy to draw the attention of Nigerians to a fresh act of criminal arson and cold blooded murder ongoing in Jukun farmlands on the outskirts of Wukar many days  after the peace accord jointly signed by the leadership of the Tiv communities and Jukun people in the Palace of HIS ROYAL MAJESTY  AKU UKA.

(1) First sign of trouble emerged when  Immediately after  the  peace accord was jointly signed on Friday 5th/04/2019,  Tiv militias rejected obviously rejected the peace overtures and equally ignored   the gospel of Jesus Christ on Sunday  7th/04/2019, then tiptoed to Government Day Secondary School Kente while JUKUN PEOPLE were in church and razed in to the ground.

It will interest all Nigerians ,especially those that are familiar with the topography of the area in reference that  between  "Kwatan Sule" to Kente , Fulani herdsmen have displaced all the Tiv inhabitants of that triangle that consist of an expansive flood plain to the south and fertile savana grassland to the the north, making it their new homeland to roam unchallenged .

All the displaced populations from these areas  before now were taken in by JUKUN PEOPLE , Kente became their new homeland in an unprecedented act of magnanimity, hospitality and large heartedness and the Kente  secondary set ablaze by these Tiv arsonists and militias have Tivs consisting of a whooping   85% of  it's students.

(2) From the day the peace accord was signed to today,  about 15 unarmed  JUKUN farmers have been killed by Tiv people,  and others  either ,kidnapped or just disappeared without trace. The following are the names of those confirmed dead;

Records are still been compiled.

(3)  Since Signing peace accord,  Tiv militias have tiptoed again to within inches of Wukari metropolitan parameters on 5th/ 6th/ 7th/ and 8th of 4th / 2019 to provoke JUKUN PEOPLE by firing gunshots  into the town to either create panic and fear ,or start a fight.

(4) As we write this, tens of JUKUN PEOPLE are languishing in horrible and despicable conditions  in Tiv detention camps in the bushes where Tiv villages are scattered , many have either died or killed and buried after impoverishing their families with impossible ransom demands. In many cases, even when ransom was paid, the captors will refuse to release their victims.

It will be easy for anyone to dismiss or explain away the blossoming kidnappings as handiwork of a handful  criminals, but crime
thrives and flourish only in an environment or community  characterized by a high tolerance of deviance ,so Tiv community and leadership  apparatuses in those villages  thus not only allowed criminal activities , but encourages it, thereby making it a communal trade.

We have paid a very heavy price for peaceful coexistence with the  Tiv people all because our paramount King HIS ROYAL MAJESTY AKU UKA  insist we JUKUN PEOPLE must never fight with Tivs again.

But As patience continue  to simmer and boiling  over, the question on the lips and minds of both young and old JUKUN PEOPLE is that;   HOW MUCH MORE PRICE SHALL JUKUN PEOPLE PAY AGAIN TO AVOID ANOTHER ALL OUT BLOODY CONFRONTATION WITH THE TIVS?

ONLY TIME SHALL TELL,BUT ONE THING SHOULD BE  CLEAR amongst the TIVS ; Opening up two battle fronts simultaneously is not only militarily foolish no matter how powerful you are, but calamitous and suicidal!

WE MAY HAVE HAD ENOUGH, AND SHALL  SOON
REACT ACCORDINGLY.