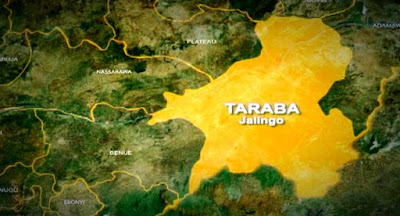 Many people have been feared killed and others injured in a fresh violence between Jukun and Tiv tribes in Wukari, South of Taraba State.
Several houses were reportedly burnt in the clashes which began last weekend.
Meanwhile, the state Governor, Mr Darius Ishaku has condemned the violence which he attributed to incessant conflict between Jukun and Tiv people in Taraba and Benue states.
According to a statement by the media aide to the governor, the latest occurred in Kente, a border community in Taraba state, resulting from a minor conflict between both ethnic groups.
The governor urged residents of the affected border communities to live together in peace and harmony as frequent conflicts only lead to disruption of economic activities and aggravate poverty and hunger.

Although, the state Police command is yet to comment on the latest communal clash in Taraba state.
But a Jukun community leader, Bako Benjamin, said despite the peace accord reached last week between the two warring communities, “Tiv ethnic militias have continued to launch pockets of attacks on our communities.”