THE INTIMIDATING, HARASSING AND UNCONSTUTIONAL ACTIVITIES OF SOME LOCAL GOVERNMENT CHAIRMEN IN TARABA STATE. 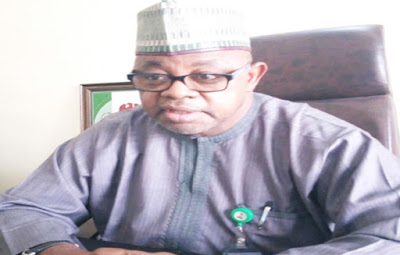 
THE INTIMIDATING, HARASSING AND UNCONSTUTIONAL ACTIVITIES OF SOME LOCAL GOVERNMENT CHAIRMEN IN TARABA STATE.

We are solicitors to various workers from different local Government Areas of Taraba state who were sympathetic to or voted for All Progressives Congress (APC) in the just concluded General Elections in the state.

Our attention has been drawn to certain illegal and unconstitutional activities of some undemocratic chairmen and officers of some Local Governments across the state amounting to intimidation and harassment of some of their staff who did not vote for the ruling party in the state at the just concluded General Elections.

Some of the staff are suspended, some of them are quiried and their salaries withheld or not paid. We want to emphasize that the issue of salary is a right and not a privilege. It should be noted that voting or not voting for any particular political party is a constitutional right of persons in Nigeria whether they are civil or public servants as provided for in the Nigerian Constitution of 1999 as altered . We refer you to section 40 of the 1999 CFRN which provides thus:

S.40- "Every person shall be entitled to assemble freely and associate with other persons, and in particular he may form or belong to any political party, trade union or any other association for the prosecution of his interests."

The supreme Court in interpreting this section in the case of INEC versus MUSA (2003) 3 NWLR part 806 at page 72 stated among other things.

"By virtue of section 40 of the 1999 constitution, every person, including public office holders and civil servants have the freedom to assemble freely and associate with other persons to form and belong to any political party , or trade union or any association for the protection of his interests. The section has no proviso there in limiting its application to civil servants or public officers ".

In interpreting Regulations 04421 and 04422 of the Federal Government Civil (Public) service Rules, it is manisfestly clear that a civil/Public servant has the absolute right and freedom not only to belong to any political party of his choice but to canvass and vote for such political party.

You will also recall that you as a Permanent Secretary in the state openly canvassed and in bill boards campaigned for the Governor of Taraba state a member of Peoples Democratic party (PDP). What is good for the goose is also good for the gander . We are also aware of Directors and top civil servants that worked for PDP in the recently concluded General Elections.

Among other local Governments where suspended,uncalled for transfers and non-payment of salaries took place .

We attach herewith list of victims of this uncalled for activities.

Be notified that if nothing is done within seven (7 days) from the receipt of this letter to rectify these anomalies, we will be left with no option but to institute an action against the various Local Governments involved in a Court of competent jurisdiction.

Thank you for your understanding.